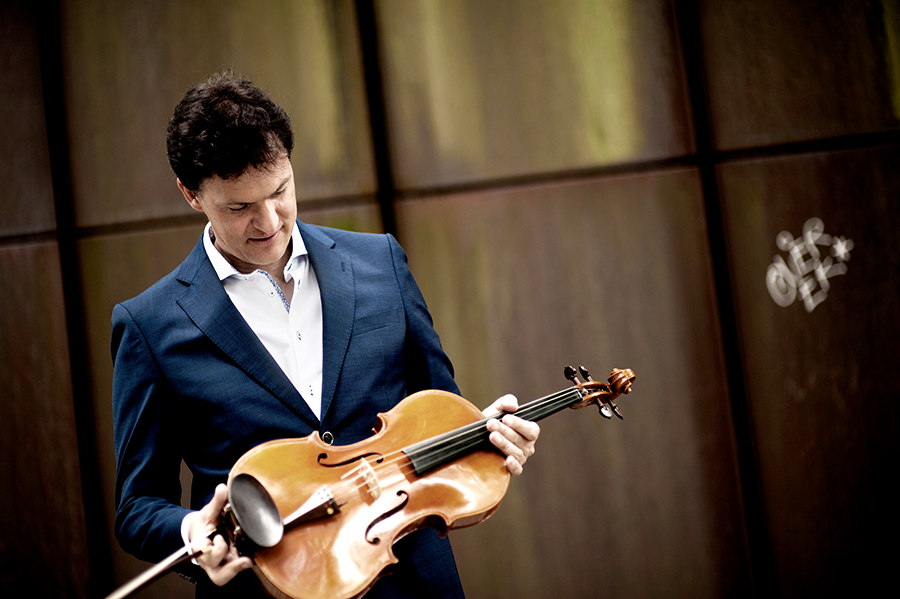 Hailed by The Strad magazine as the "new century's new talent, (one of) the stars of the next decade,” German violist Roland Glassl was launched into an international career as prizewinner of many prestigious national and international competitions.

Concert tours have taken him through Europe, North- and South America, and China. Glassl has appeared at Wigmore Hall in London, at the National Centre for the Performing Arts in Peking, the Berlin Philharmonie, the Ravinia Festival in Chicago/ USA, Chamber Music International (CMI) in Dallas/ USA, the Caramoor Festival in New York, Musica Riva in Riva del Garda/ Italy, and Open Chamber Music in Prussia Cove/England.

From 1999 to 2015 Roland Glassl was the violist of the Mandelring Quartet, recognised as one of the foremost quartets in the world with frequent engagements in virtually every major chamber music hall. The quartet’s numerous recordings, which span much of their wide-ranging repertoire, have garnered the German Music Critics’ Prize as well as multiple nominations for the International Classical Music Award.

Teaching has always been an important addition to his concert life for Roland Glassl. From 2004 to 2018, he succeeded Tabea Zimmermann as Professor for Viola at the Frankfurt University of Music and Performing Arts. In 2018 he took over the position of Prof. Hariolf Schlichtig at the University of Music and Performing Arts Munich, returning to his roots.

Roland Glassl was born in Germany, into a luthier's family with a tradition of many generations of violin making. He currently performs on a viola made by his father, who was also his first violin teacher. Later, he continued his studies at the “Musikhochschule München” with Ana Chumachenco. After receiving his artist diploma with distinction, he came to the United States to study violin with Paul Biss and viola with Atar Arad at Indiana University. Fascinated by the deep, warm sound of the viola, he decided to devote himself to the instrument and its music.